When you choose BBQ Concepts of Southern Nevada for your custom outdoor kitchen design and construction, our team will strive to exceed your every expectation, every time! Our outdoor living specialists understand the importance of customer service and the overall customer experience — the Founders of BBQ Concepts knew that we could build a brand that revolves around you, the valued customer. We appreciate our customers here at BBQ Concepts, and we will continuously strive to improve the way BBQ Concepts does business with our customers.

Learn More About the Team!

From Ordinary to Extraordinary, Build the Ultimate Outdoor Living Space

Custom outdoor kitchen design and construction, done right! BBQ Concepts pairs a superior built outdoor living product with good old-fashioned customer service and support. If you're interested in starting your outdoor kitchen project, we recommend that you schedule an on-site design consultation with the pro's here at BBQ Concepts. Our staff is always happy to help you with all your outdoor living needs. From custom barbecue island cabinetry fabrication, all the way to fire & water feature design, we have you covered when it comes to creating the ultimate outdoor entertainment environment.

We're dealers of only the highest quality professional barbecue grills & outdoor kitchen components. Explore our website, you'll be able to view some of the premier brands we carry at Barbecue Concepts of Las Vegas, Nevada. We're the Valley's local barbecue superstore!

From Ordinary to Extraordinary, Build the Ultimate Outdoor Living Space

When you choose BBQ Concepts of Southern Nevada for your custom outdoor kitchen design and construction, our team will strive to exceed your every expectation, every time! Our outdoor living specialists understand the importance of customer service and the overall customer experience — the Founders of BBQ Concepts knew that we could build a brand that revolves around you, the valued customer. We appreciate our customers here at BBQ Concepts, and we will continuously strive to improve the way BBQ Concepts does business with our customers.

Learn More About the Team!

Crack open the wood fired flavor with the king of all crab recipes. Fresh crab legs are smoked directly on the grill and drenched in a homemade BBQ and butter sauce for a smokin' take on this seafood favorite.

Wood-fired roasted potatoes, gravy and cheese curds. This is appetizer excellence. Bust out this drool-worthy roasted potato poutine recipe for the big game or big party.

This easy-to-make favorite is rolling with Traeger’s signature wood-fired flavor. Serve this sweet treat for breakfast or dish it out for dessert.

This dish has got some serious grit. Smoked chorizo and creamy grits will make this southern staple an instant classic at your table.

Keep your spirits bright this holiday season with this smokin' eggnog. A little smoke, vanilla, nutmeg and bourbon make for the perfect cocktail to keep you warm all winter long.

An aromatic brine gives this roast a citrus kick. Topped with a sweet fig mostarda and roasted over sweet applewood, this elevated take on pork is a surefire crowd pleaser.

Culinary Pro Amanda Haas is taking one of the best cuts of beef – tenderloin – and elevating it to new heights with an infusion of hardwood flavor and a zesty, Italian gremolata sauce.

This cocktail packs a real punch. We’re taking apple and cranberry juice, smoked fresh orange juice, and mixing them all with a spirited combination of tequila, Grand Marnier and sparkling wine.

Grilled Baby Carrots and Fennel with…

Smoked romesco sauce on top of this roasted trio of baby carrots, fingerling potatoes and fennel bulbs will make you sing Hallelujah thanks to it intensely fresh and tangy wood-fired flavor.

Wood-fire roasted root vegetables are smolderingly delicious. So put these in your Traeger for a flavorful side dish that compliments any protein.

Shuck your way to wood-fired flavor. This unique recipe places the oysters in a half shell on the grill and finishes with a fresh mignonette sauce.

Feed your need for melt-in-your-mouth Prime Rib right in your own backyard. Traeger takes roast to extraordinary levels of flavor by infusing rich and delicious smoke. Marinated with herbs and vinegar, this baby will definitely up your status to King of the barbecue.

These Yorkshire pudding popovers are a must with any Holiday roast. For added flavor, use the rendered fat drippings from a prime rib, or any beef roast instead of canola oil.

Cheers to the Holidays with an all-time classic cocktail infused with smoky flavor in our Smoked Hot Buttered Rum recipe.

Smoky, creamy and cheesy layers of Yukon gold potatoes and celery root are the perfect side to complement a hearty meal.

Get a jolt of wood-fired flavor with our Baked Coffee Cake recipe. This morning staple will get your day off and running on the right foot.

Switch your chicken routine up and go with the bold flavors of Dennis the Prescott’s Chicken Tikka Drumsticks. These bad boys take an overnight bath in a marinade before going directly on the grill. Garnish with curry lime yogurt, fresh lime, cilantro and sliced red onion for wood-fired perfection.

This holiday staple is getting an infusion of wood-fired flavor in our Braised Creamed Green recipe. You can use a mixture of kale, chard and collard greens, but any kind of greens will work here.

Jeremiah Doughty’s recipe for smoking up some field to plate wild turkey breast starts with at least a 12-hour brine before getting a BBQ rubdown that complements the wood-fired flavor perfectly.

It doesn’t get better than a smoked and glazed honey ham. Check that, yes it does by using a Kurobuta Ham from Snake River Farms. We’re taking that award winning ham, and glazing it with a mixture of dark corn syrup and Cherry Smoked Bee Local Honey for a salty-sweet, smoky treat.

Everything’s better with bacon, and that goes for your Holiday appetizers. This unique and easy to make BBQ Bacon Bites recipe will become a tradition in no time.

Embrace the traditions of the season with our Roasted Goose with Apple Maple Glaze recipe. This Holiday dinner classic is guaranteed to wow family and friends after getting an infusion of apple, maple and wood-fired flavor. 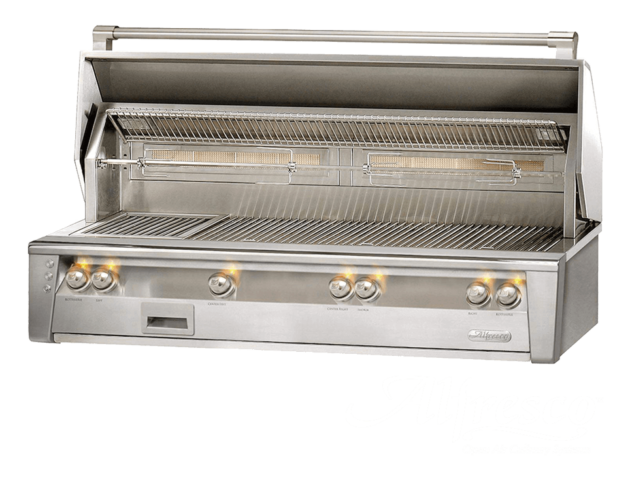 For nearly two decades, Alfresco has set the standard by which all other outdoor cooking products are measured with their now famous ALX2 SERIES Grills. The bar has been raised yet again, as Alfresco continues its legacy of commercial restaurant-quality product innovation in the NEW ALXE SERIES. With updated features, detailing, and aesthetics, it’s never been more exciting to create the Alfresco outdoor kitchen of your dreams.

Even before anyone coined the term “outdoor kitchen,” the Alfresco founders envisioned a restaurant-inspired appliance and accessory collection. That vision was Alfresco’s Open Air Culinary Systems. Launched in 1999, this luxury residential line lives up to the promise of its roots. Prominent commercial client restaurants include chefs Jean George, Emeril Lagasse, Wolfgang Puck, Mario Batali and popular nationwide eateries such as California Pizza Kitchen, TGI Fridays, Applebee’s, Houston’s, and the Cheesecake Factory.

BBQ Concepts Has All the Alfresco Grills & Components You Need! 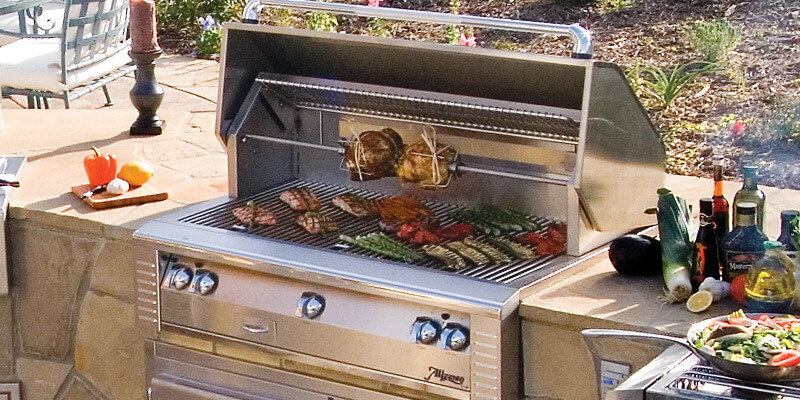 Achieve intense even heat for perfect caramelizing results, smoke & herb infuser, rotis fry, steam and roast on Alfresco’s newly refined ALXE luxury grills.
When it comes to outdoor barbecue grills, Alfresco truly knows how to build them right. Peak performance meets elegance with this line of mastercrafted open-air culinary systems, and they even made up a better way to say barbecue grill! 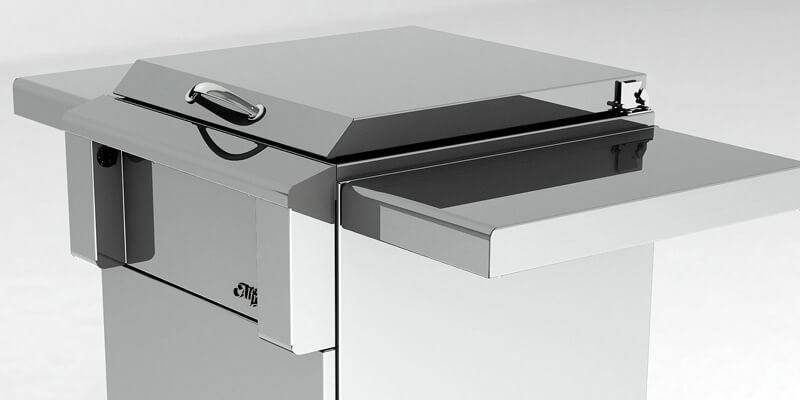 Alfresco’s specially designed refrigeration delivers unprecedented outdoor performance and is uniquely NSF certified. When it concerns outdoor refrigeration, Alfresco does it in style! You’ll be amazed at how beautiful and sleek these cold outdoor kitchen storage products are. 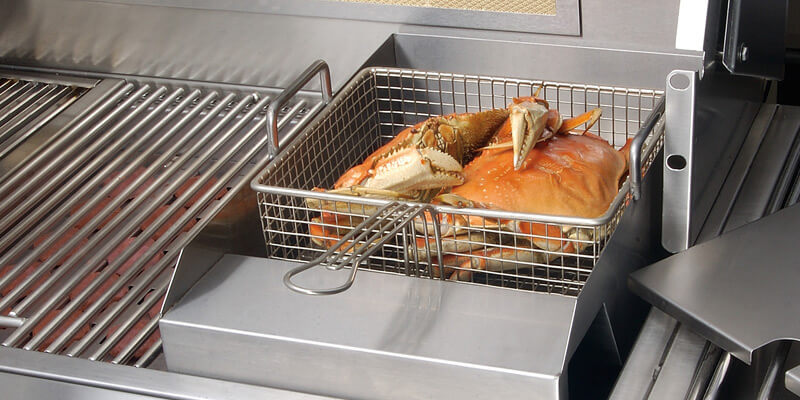 Everyone knows that BBQ Concepts of Las Vegas, Nevada is your source for Alfresco Open Air Culinary Systems. We’re the authorized dealers of Alfresco and Artisan barbecue grills & outdoor kitchen components. If you’re interested in the performance and durability of a commercial kitchen in your backyard, then this is the outdoor kitchen product line for you. Stop into BBQ Concepts today and let us demonstrate why Alfresco is the ultimate in heavy-duty performance and all-around grill power. Alfresco is both an elegant and reliable barbecue grill & component manufacturer, boldly claiming that their products were around before even the term “outdoor kitchen” was being used. With products like Alfresco & Artisan, we have no reason to doubt them. Come on in today to learn more! 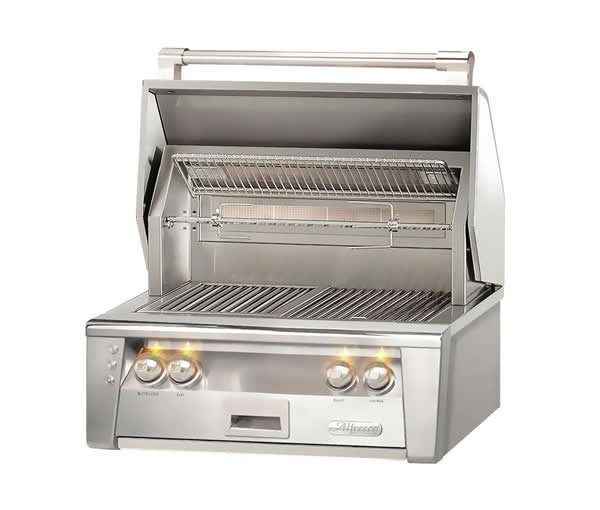 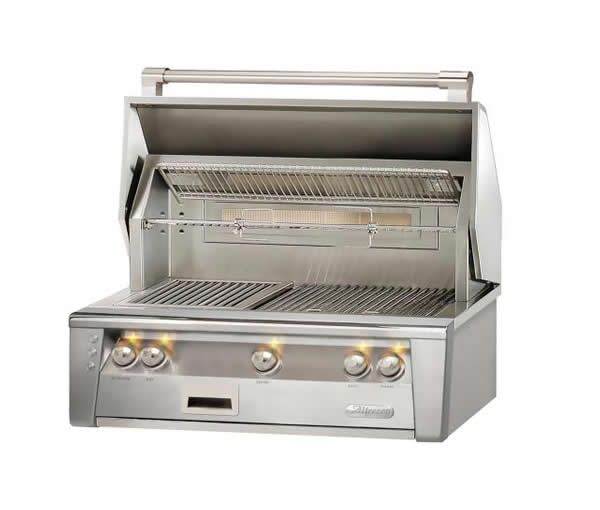 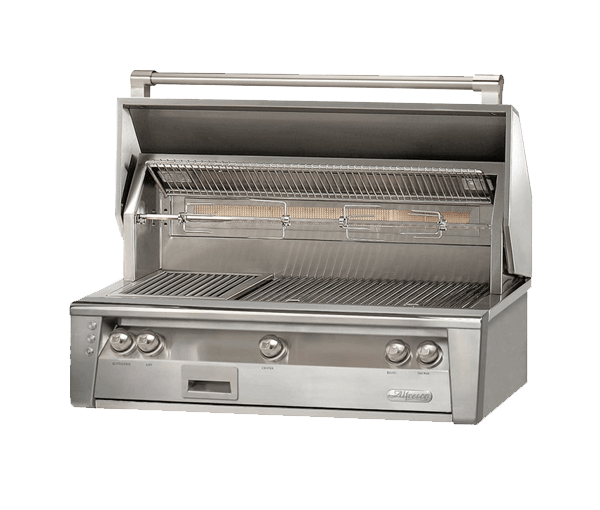 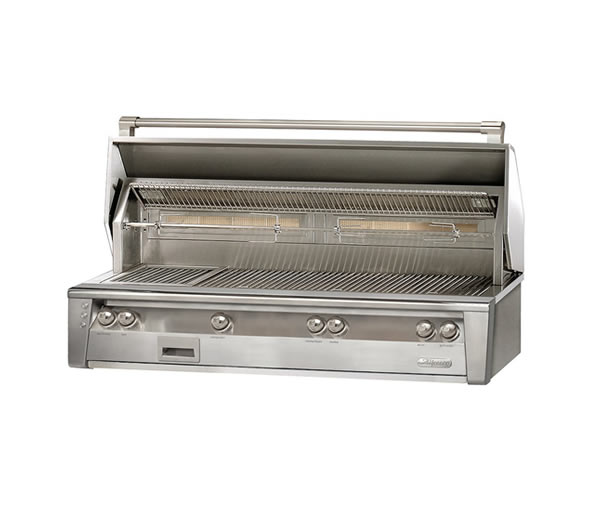 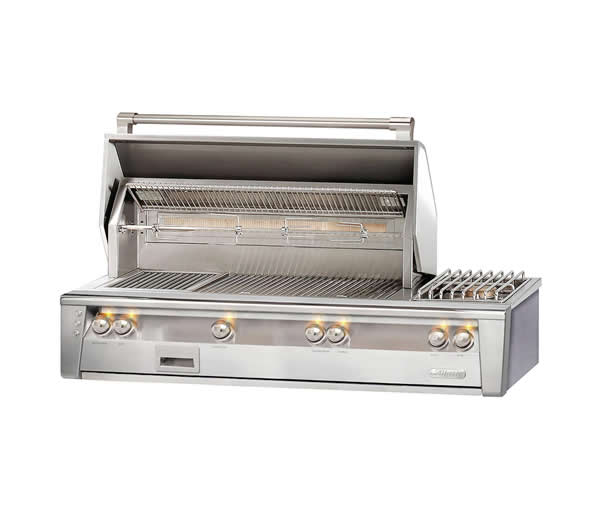